In 1869, at the age of twenty-five, the precociously brilliant Friedrich Nietzsche was appointed to a professorship of classical philology at the University of Basel. He seemed marked for a successful and conventional academic career. Then the philosophy of Schopenhauer and the music of Wagner transformed his sense of purpose. The genius of such thinkers and makers—like the genius of the ancient Greeks—was the only touchstone for true understanding. How then was education to answer to such genius? Something more than sturdy scholarship was called for. A new way of teaching and questioning, a new philosophy…

What that new way might be was the question Nietzsche broached in five vivid, popular public lectures in Basel in 1872. Composed in emulation (and to some degree as a satire) of a Platonic dialogue, Anti-Education presents a provocative and timely reckoning with what remains one of the great problems of modern societies.

Whether we acknowledge it or not, we continue to live within the intellectual shadow cast by Nietzsche. Postmodernism, deconstructionism, cultural relativism, the ‘free spirit’ scorning bourgeois morality, even New Age festivals like Burning Man can all ultimately be traced to him.
—Francis Fukuyama, The New York Times Book Review

Prof. Nietzsche was one of the most prominent of modern German philosophers, and he is considered the apostle of extreme modern rationalism and one of the founders of the socialistic school, whose ideas have had such a profound influence on the growth of political and social life throughout the civilized world…His doctrines, however, were inspired by lofty aspirations, while the brilliancy of his thought and diction and the epigrammatic force of his writings commanded even the admiration of his most pronounced enemies, of which he had many.
—The New York Times

Having challenged the foundations of all external authority, Nietzsche demonstrated that the intellect, once it frees itself of all binding illusions philosophical, religious, and cultural, knows no piety, no party, and no platform.
—Jennifer Ratner-Rosenhagen, author of American Nietzsche 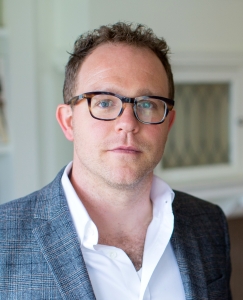